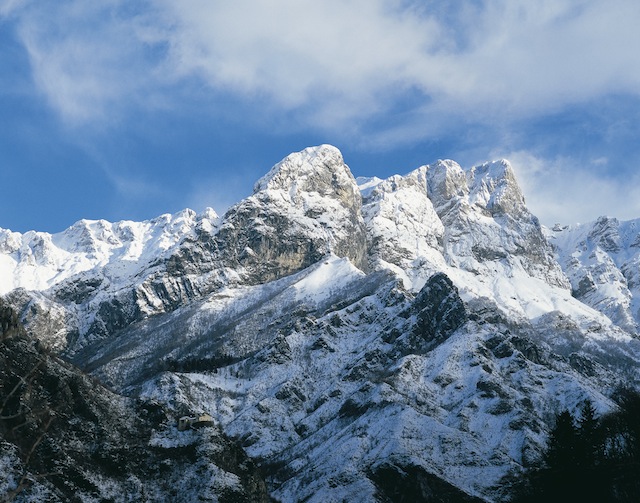 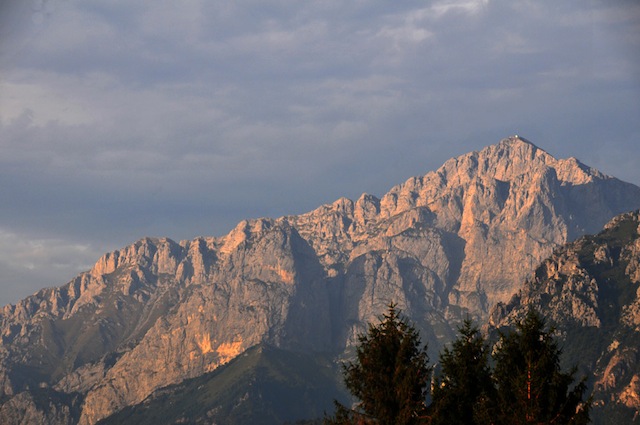 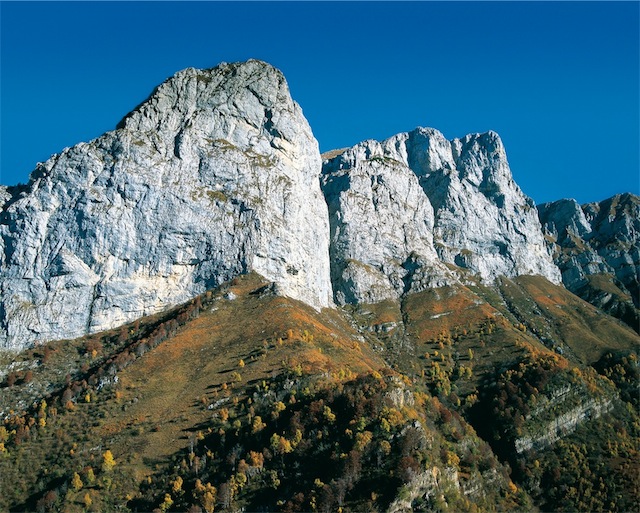 GRIGNE AND RESEGONE are well known all over the world of mountaineering for their many climbing routes and for having trained some of the greatest mountain climbers of all times.
Within the group of GRIGNE they distinguish the northern Grigna, commonly called Grignone (2410 m) and the southern Grigna, also known as Grignetta (2177 mt). 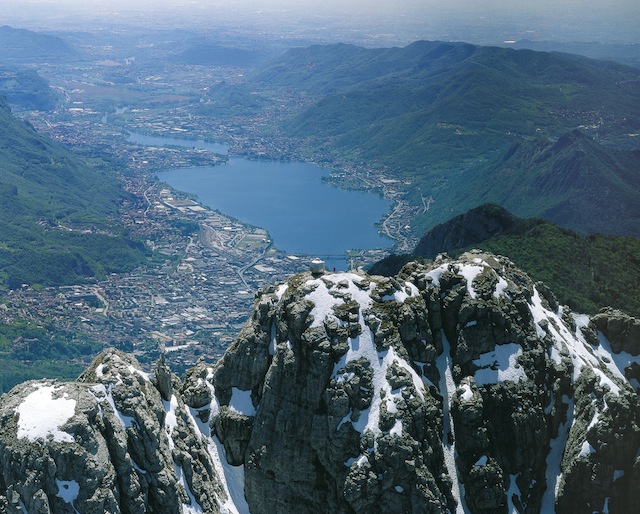 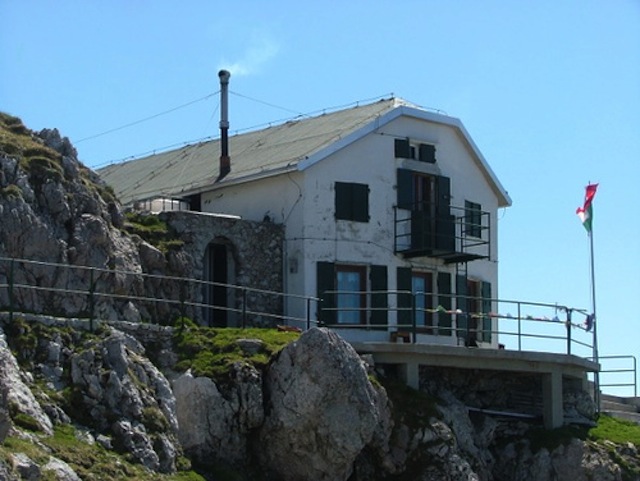 The first one, accessible from the lake starting from Mandello del Lario or more conveniently from the Valsassina, is definitely less bitter and offers many possibilities of excursions, all of which with a splendid view from the summit to the western and central part of the Alps.
Mount Grignetta is very famous for its magnificent natural environment, and the excellent network of paths that allows numerous and unforgettable hikes and climbs. The ground is very steep, furrowed by deep ravines and dotted with dozens of rock formations, pinnacles and towers. 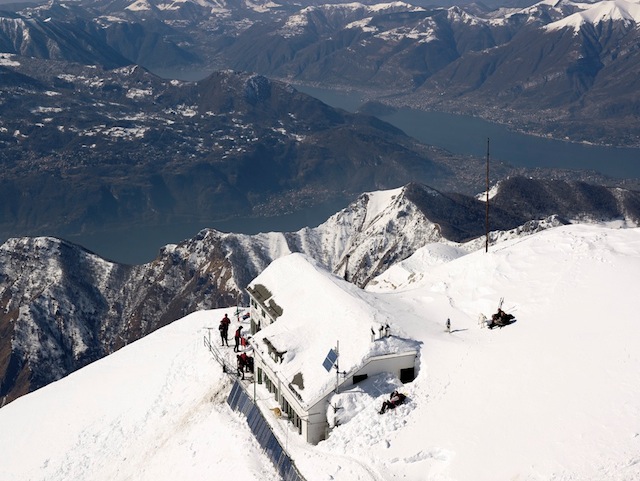 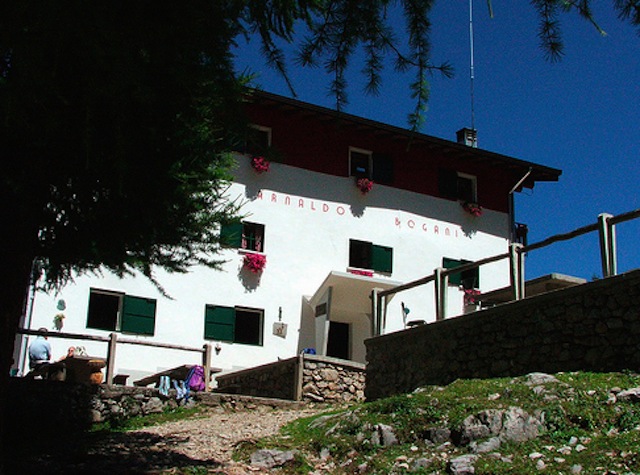 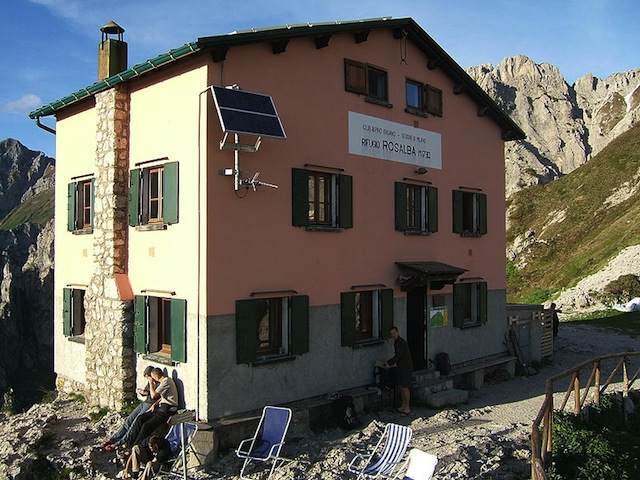 Particularly pleasing are the short trips to the Resinelli plains. Hospitality and good food are always available in the huts and restaurants, some accessible directly by car (like the ones located at the Resinelli plains), other ones situated at the end of more challenging hikes.
Located on the coast that from Grignetta goes down to Mandello, there is the Rosalba Hut - 1730 mt, in a very panoramic position and the Elisa Hut – 1515 mt, excellent starting point for the climbing to the “Sasso Cavallo” and “Sasso dei Carbonari”, as well as for the ascent to Grignone and for interesting crossings.
On Grignone there is the Bogani Hut (1816 mt) and just below the summit, in a spectacular location, the Brioschi Hut, from where you may enjoy breathtaking views.

Mount RESEGONE, with its main peak: the top Cermenati – 1875 mt, is the most famous mountain in the Lecco area.
Its outline, with its typical jagged form, is clearly visible till beyond Milan, especially on clear days. Hikers can choose three sides for their excursions: from Lecco, from Morterone and from Erve - all of which very beautiful and with different characteristics in length and difficulty. 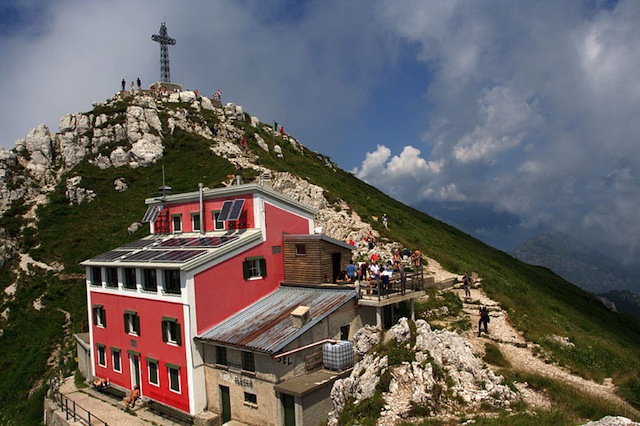 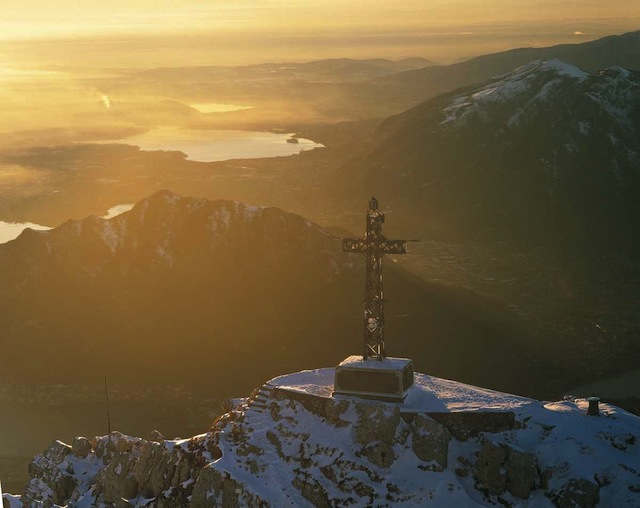 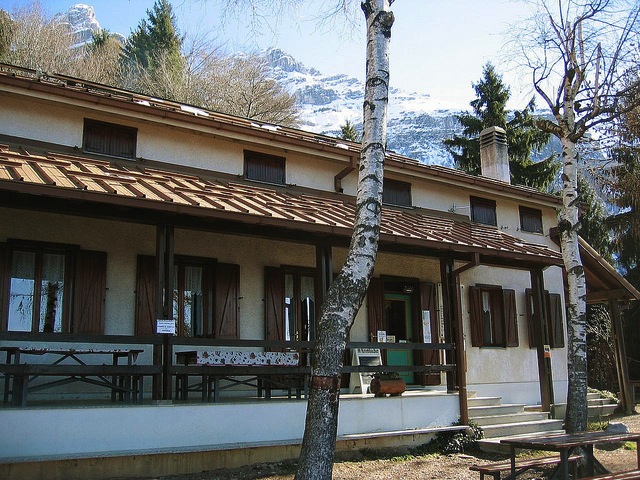 The Resegone offers an incredible variety of trails: from elementary paths for beginners to more challenging routes, including the “via ferrata”, ideal for the most skilled climbers.
For the ones who love extreme sports there are numerous cliffs equipped for climbing.
Just below the summit of Mount Resegone there is the Azzoni Hut, from where the view spaces out at 360 degrees, and on its slopes there is the Stoppani Hut – 890 mt. 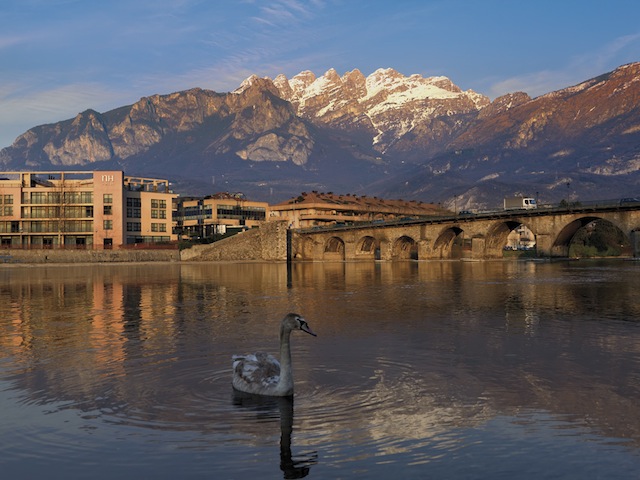